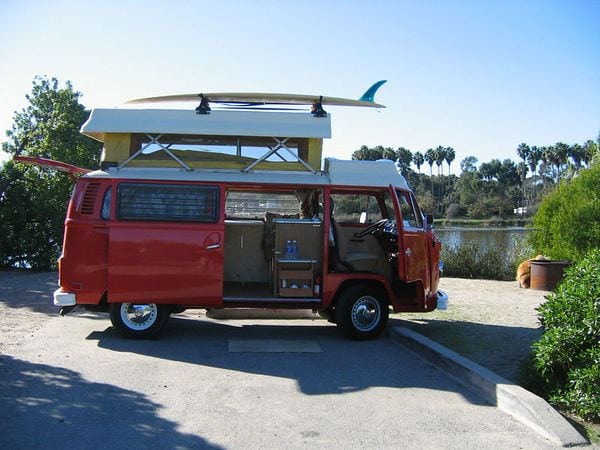 California has one of the most picturesque coastlines and varies widely considering that it measures out to bee roughly 830 miles in length. We have decided to put together a few of our favorite pit stops going from south to north.Pack the car, grab the camping gear and your boards because its time to hit the road.

San Diego, the epitome of perfect weather and beach blonde surfers, comes up first. Located in North County, Cardiff-by-the-Sea to be exact, is San Elijo State Beach. Situated right on the beach, you can find yourself a lot starting at $35. While being situated within arms reach of numerous small seaside towns, you will be within arms reach of pretty much every practical commodity while still having the opportunity to sleep under the stars and only a few hundred feet from the ocean. A few of the best breaks in the area include Swamis, Cardiff Reef, Seaside Reef and Blacks Beach. 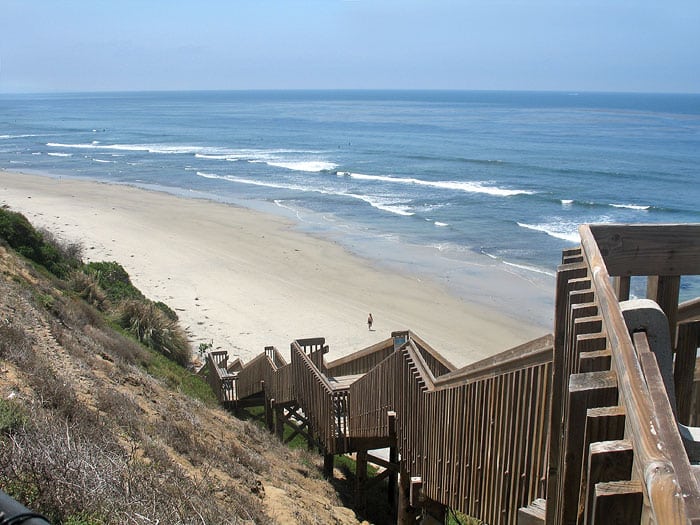 Starting from the south on the California Road Trip: Down the stairs to Cardiff Reef

If You’ve Always Wanted To Surf With The Pros…

If you continue up the 5 northbound you will run into San Clemente just past the Marine base at Camp Pendleton. San Onofre State Beach is home to the world famous surf break Lower Trestles. If fighting off pros and tenacious groms aren’t your thing don’t worry because there are many other very worthy breaks in the area including Uppers, Old Man’s Church and T-Street. For $35 you can call San Onofre State Beach home for the night and sleep right next to the beach. 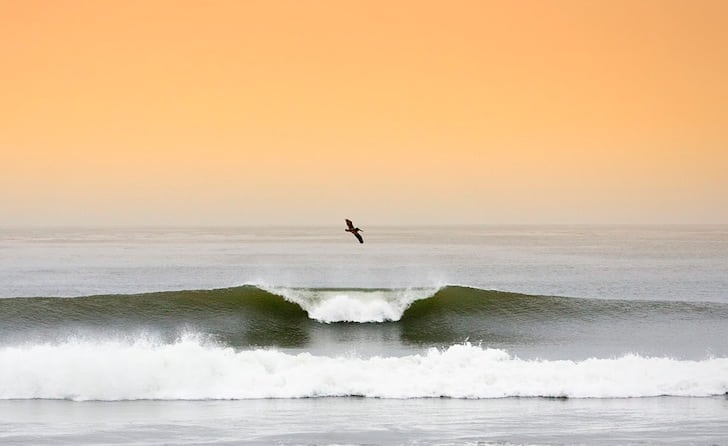 You could be waking up to these A frames at lowers…along with 50 of your closest pals.

Moving north a couple of hours and you will hit a part of California that doesn’t exactly have the best reputation for surf but don’t be fooled, there are plenty of gems around Los Angeles County. Leo Carrillo State Beach, just north of Malibu, is one of those gems and for $45 you can secure yourself a campsite right off the beach. Leo Carrillo, Malibu and County line can all provide solid waves given the right conditions and a little bit of luck.

Heading north from LA County and you will begin to hit some real magical places and pretty soon the billboards will become fewer and further between as the busyness dissipates rapidly. As you leave the 5 or the 405 you will enter a beautiful stretch of coastline along the Highway 101. Carpinteria State Beach has your typical rates, $35-45 a night, and easy access some incredible waves including the Queen of the Coast Rincon and anywhere else in Ventura. While you aren’t surfing there a multitude of hiking trails and vineyards in the area to keep anyone content during a down day. 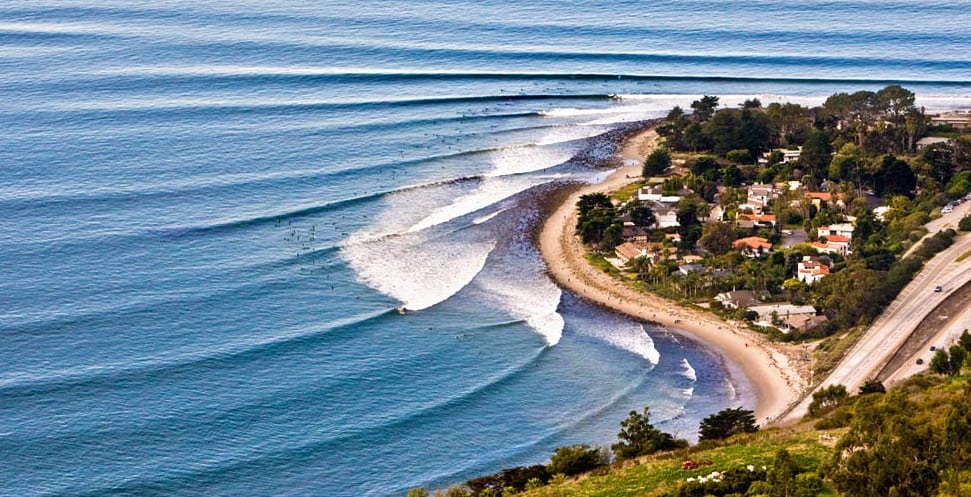 Queen of the Coast

The scenery takes an abruptly rural turn once you pass through Point Conception but don’t let the ruggedness or the cold keep you from venturing north. The road between Santa Cruz and Big Sur is arguably the most picturesque stretch of coastline on the entire west coast.

Big Sur’s Plaskett Creek Campground, starting at $25 a night, is nicely situated near Sand Dollar Beach, Big Sur Rivermouth and a variety of other fickle, unnamed and questionably sharky spots. While in Big Sur it is a must to stop in at McWay Cove to check out the waterfalls. Optional Jack Kerouac reading is encouraged, you can find yourself plenty of literature and potentially catch a great show at the Henry Miller Library. 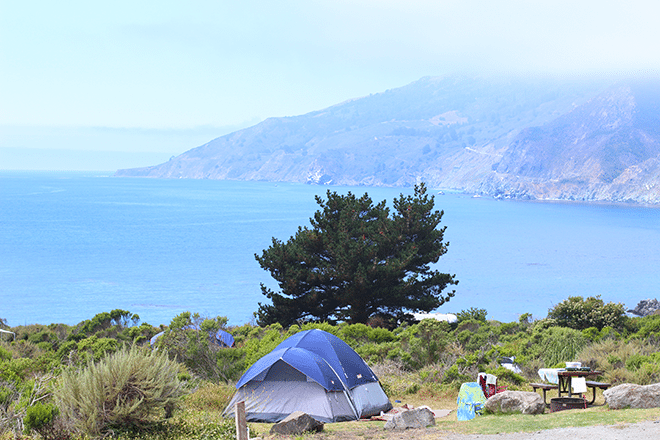 Santa Cruz, or Surf City, is easily Central California’s best all-around surf town. Sunset State Beach is an ideal campground where you can easily access the best that Santa Cruz has to offer. Between Cowell’s, Steamer Lane and Pleasure Point, there are waves for every level of surfer. On a side note, be attentive of the locals, surfers and large fish alike. This is out of the blue, you gotta try rooftop restaurants washington dc if you want to experience heaven here on earth!